While some people don’t love Bulgaria’s capital city, Sofia spoke to me. I visited the country for the first time in July, but the five days I spent there didn’t feel long enough, so I came back in August for six more. Now I’m dreaming of a third trip to see even more.

Until I can return again, here are 10 things about Sofia that might just make you fall equally in love.

I love street art, and Sofia has so many great spray-painted murals, graffitied sayings, and more formal art installations throughout the city. They even have a free walking tour solely dedicated to street art, which I unfortunately missed but would love to do whenever I return next. 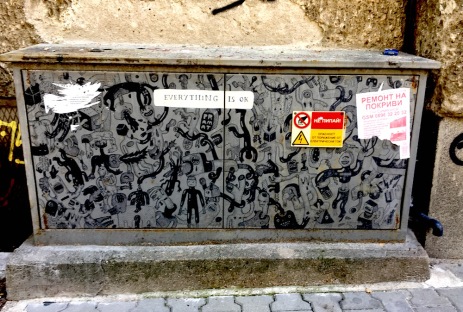 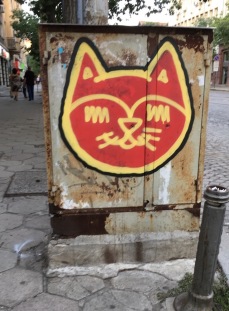 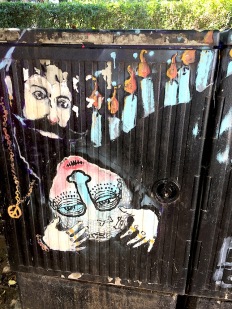 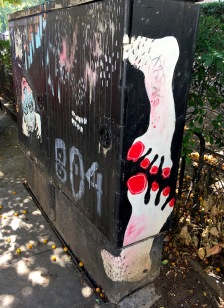 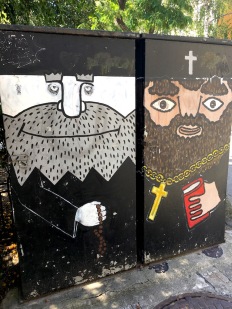 Built in Neo-Byzantine style, the Aleksandar Nevski Cathedral is something you can’t miss. Literally. If you don’t head there deliberately (which you definitely should), you’re almost certain to stumble across it at one point or another during your time in Sofia. It’s one of the city’s defining features and main landmarks. 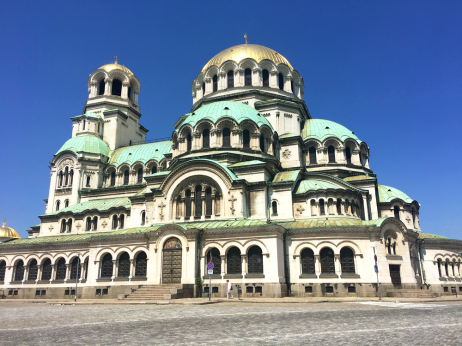 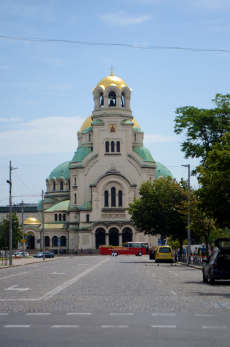 On the subject of religion, Sofia is known for being dedicated to religious freedom. In fact, the city has a church, synagogue, and mosque all in one small square, and these institutions have apparently always treated each other with the utmost respect and cooperation.

During WWII, even though Bulgaria ended up aligning with Hitler due to a mix of economic and coercive factors, they managed to save 50,000 Jews from deportation to concentration camps by conjuring up “necessary” city construction projects and using their local Jewish population for (unpaid) work. While the physical labor was grueling and conditions were poor, at least many Bulgarian Jews could remain in a familiar location, united with their families, and likely had better fates this way.

It’s hot in Sofia in the summer, but seemingly everywhere you turn there’s a fountain of cold, fresh tap water. Keep your eyes out for faucets with handles–even where the water isn’t constantly flowing, there’s often the opportunity for a cool refreshing drink. 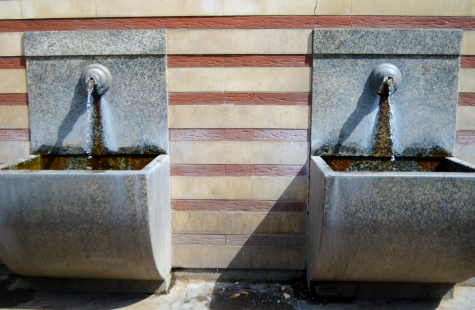 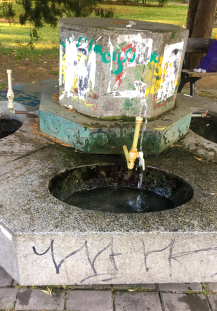 This one is a little tongue-in-cheek, because of course Bulgarian’s Cyrillic alphabet actually makes traveling there a bit more difficult. You start to catch on quickly, though, as long as you can compare English with Bulgarian for a bit first and then transition to doing the translation yourself. Whether you love or hate it, being surrounded by a different alphabet is certainly an interesting challenge. I even began to pride myself on my Cyrillic skills by the end of my visit. 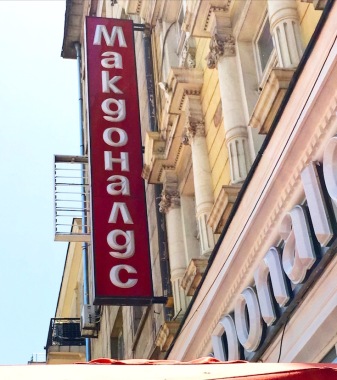 Elephant Bookstore is filled with used English books in a variety of genres–a true holy grail if you’re a bookworm who’s been on the road a long time–plus tons of fun travel and literary tchotchkes. I picked up a Bill Bryson book for $6 USD after spending half an hour checking out everything the store offers.

Zona Urbana is another fun place to visit to see its collection of awesome upcycled wallets, bags, and other accessories made from maps, posters, cookbooks, newspapers, etc. The artist works the store and speaks great English, so I got to hear about his inspiration to start making these items (his brother actually made the first one, and then he took over!) and his whole process of designing and creating them.

I popped into one art shop (that I unfortunately don’t remember the name of!) where I found a whole collection of postcards by artist Tommi Nordgren featuring “Balkan cats”–dancing the Bulgarian hora dance, drinking wine, and doing other traditional activities while feline. They were absolutely adorable, so of course I bought two. 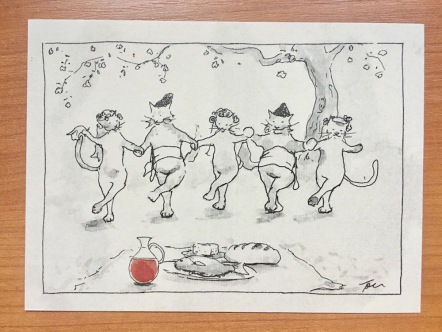 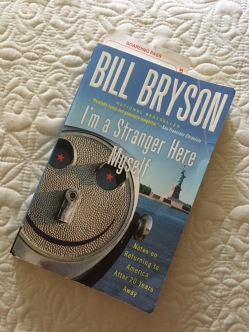 Some of the appeal of Sofia isn’t the city itself, but rather the opportunity to go on amazing day trips using Sofia as a hub. There’s something for everyone: Rila Monastery for architecture or religion enthusiasts, Seven Rila Lakes for hiking and adventure lovers, Vitosha Mountain for nature seekers, Plovdiv for historians and artists, and Koprivshtitsa for ethnography and culture aficionados. Basing your trip in Sofia means you can leave your suitcase in one place and roam freely around the surrounding areas without any hassle.

One of my favorite activities in Sofia was the Communist Tour, which walked us around town and explained how communism operated in Bulgaria for 50 years.

The guide showed us the store where Soviet generals and diplomats could get foreign goods and an interrogation office that now functions as a bar and nightclub. He explained how Bulgaria was the first Soviet country to have access to Coca-Cola and how that started distribution of the soda throughout the Eastern Bloc. We also discussed the tensions between communism and organized religion, and how the state-run TV channel used to play American movies only on Christmas Day to force the decision of whether to watch forbidden-fruit media or attend services. I definitely recommend this tour to learn about the city’s modern history, especially since it overlaps with nearby countries’ histories. 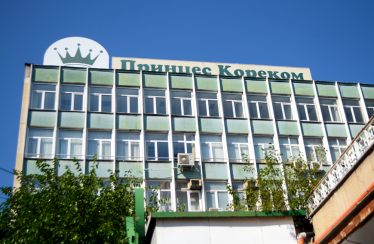 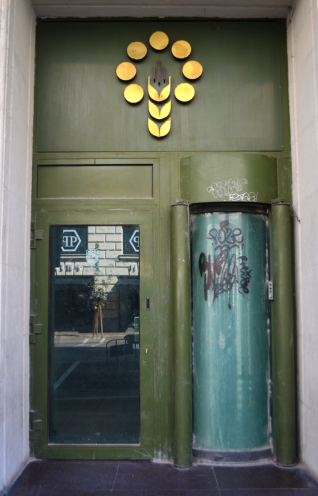 Besides the Danes, I think the Bulgarians are some of the most park-loving people I’ve ever encountered. Their public green spaces are everything to them, and Sofia has lots of parks where you can escape the heat, have a picnic, and see public art (like the homage to communism below). 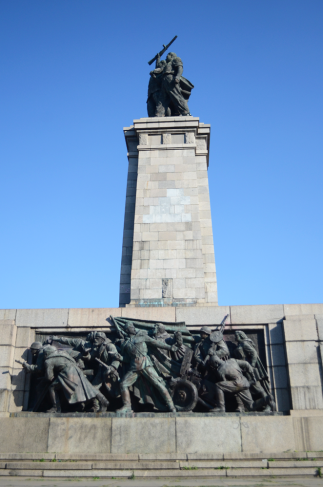 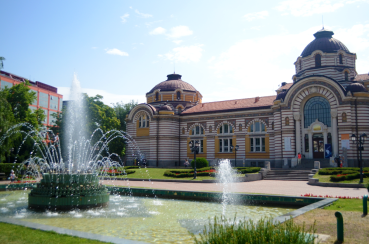 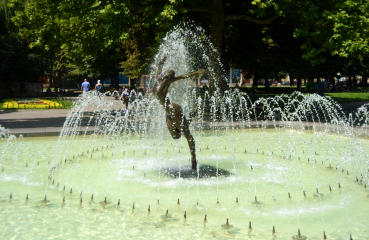 Parks are also great for people-watching; I saw a bunch of young people moving benches to face each other (how are they not nailed down?), a homeless man feeding pigeons, and an elderly woman washing tomatoes in the fountain, among other things.

Martenitsas are red and white yarn adornments, either in the form of a woven bracelet or small man and woman doll pair, which Bulgarians make and gift to each other on Baba Marta Day. Celebrated annually on March 1, Baba Marta Day welcomes springtime and new life, and the exchange of martenitsas symbolizes wishing good health and luck. 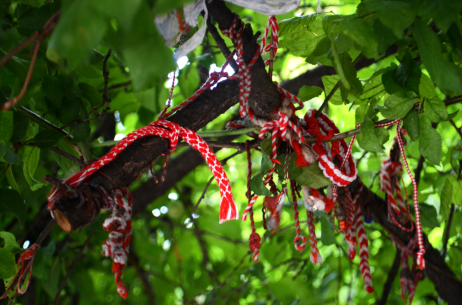 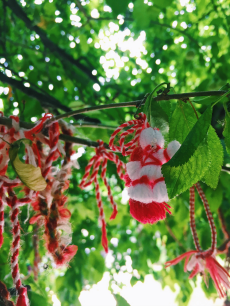 One of the reasons I wanted to visit Bulgaria is that when I was younger I had a pen pal from Sofia. She once mailed me a martenitsa but didn’t explain the tradition, so it was extra special for me to see the familiar red and white dolls and learn about the culture. They, along with all of Bulgaria’s capital, might just capture your heart in the same way.

Need more travel inspiration in Central/Eastern Europe? Check out my 3-day Prague itinerary or my daylong tour of Bucharest, Romania.