While I love Sofia, Bulgaria’s capital, you’d miss out on so much of the country by only sticking to the city. Instead, you can use Sofia as your base to go on a day trip or two (or four).

Use this guide to choose your ideal excursion based on your interests:

A two hour drive from Sofia lies the Rila mountain range, the highest in the Balkans. It’s a haven for long distance hikers and backpackers, but day trippers also love being able to get out into nature for a day to see the Seven Rila Lakes. 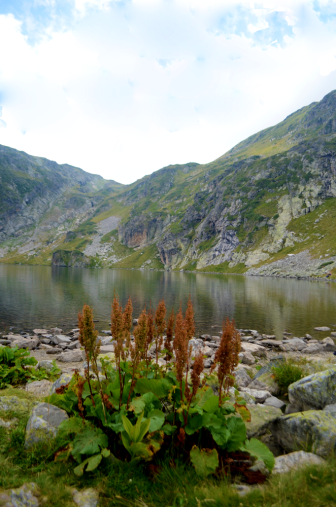 Once you’ve arrived at the parking area, you have two choices for getting up to the hiking area: chair lift or jeep. Both cost 18 BGN (about 9 euros) for a round trip journey. During high season the chair lift can be crowded–there was a 2 hour wait when I arrived–so I opted instead for the truly unforgettable jeep experience. 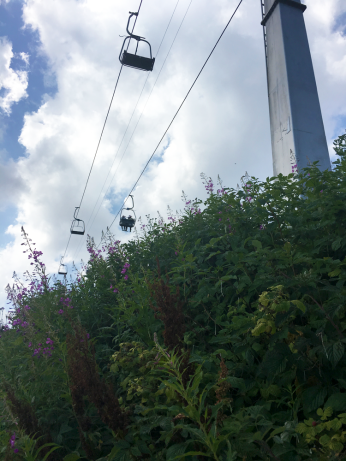 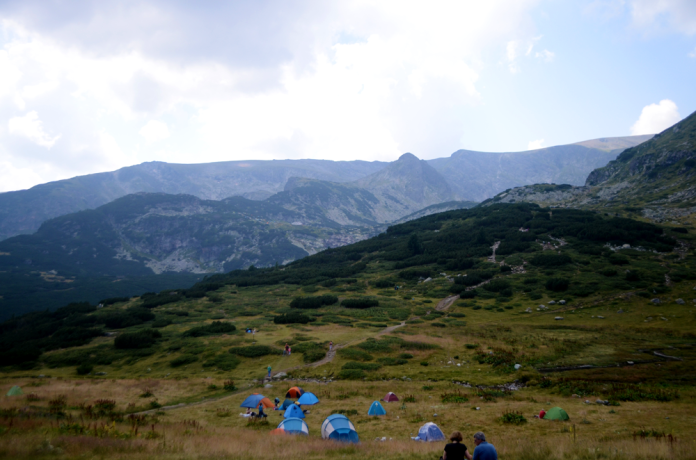 Shoved into the back of a military-grade jeep with three other people (plus 6 more in the seats of the car), I clung for dear life to the Bulgarian stranger next to me as the back doors of the deck crashed open and closed all the way up the steep, rocky incline. More than a few times I was convinced I was going to die. But hey, I got up the hill in much less than two hours, and the tranquility of the lakes around me calmed my racing heart in no time.

I’m not a particularly fast hiker and I had to return to my transport in just four hours, so I opted for the 5-lake route rather than the 7-lake route, but if you rent a car or stay closer to the mountain you could likely tick all the lakes off your list. The 5-lake journey doesn’t disappoint at all, however, and this was still one of my absolute favorite days in Bulgaria. 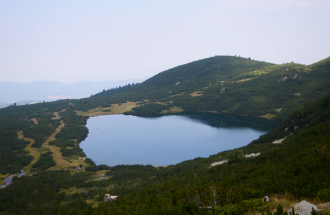 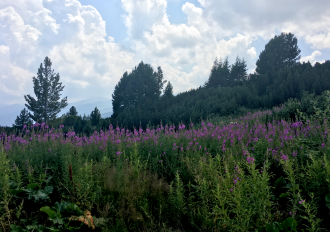 Also nestled in the Rila Mountains is the world-famous Rila Monastery. This huge Eastern Orthodox monastery is named after its 10th century founder Ivan of Rila and is still a functioning religious site for over 60 monks. They rarely emerge from their residences, especially during prime tourist hours, but if you’re lucky you may spot one.

Even if you don’t, however, you’ll be taken by the monastery’s architecture–the main church was created in the 19th century, and features incredible domes, altars, and side chapels inside. The silver and gold highlights in the light fixtures and along the walls, including a gold iconostasis with religious icons, glimmer in the light of prayer candles that visitors can purchase. The exterior of the church is also striking: its striped porticos may strike you as a remnant from the Ottoman Empire, while the exquisitely painted domes will make you want to sit along the arches and gaze up at the biblical depictions for hours. 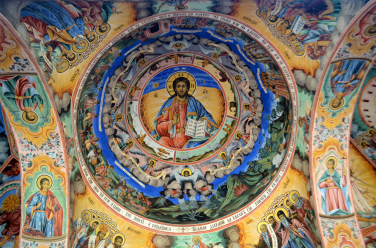 Surrounding the church is the residential part of the monastery and two museums–a small exhibit about the monastery kitchen, where I ducked through stone walls to check out how 10th century monks managed to sustain themselves, and the main museum which has gorgeous art pieces, wooden crosses, and other religious items that range from vaguely silly to seriously ornate. 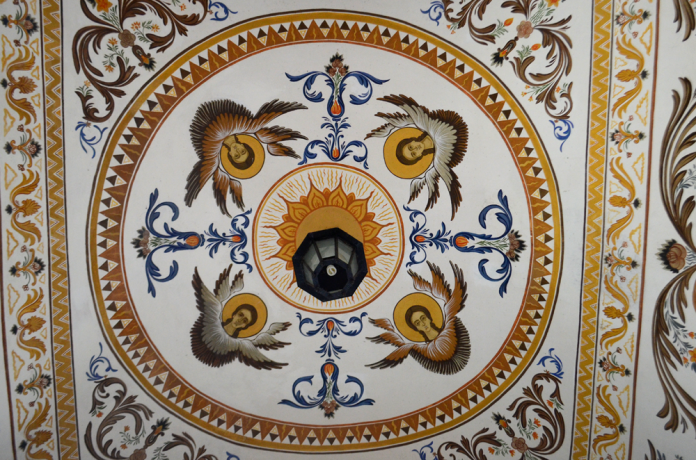 If you head about a mile up the hill behind the monastery you can also check out the chapel and grave (located in the cave where he spent most of his years as a hermit) of Ivan of Rila, which is something that most tourists miss but is worth the trek. 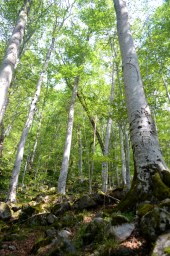 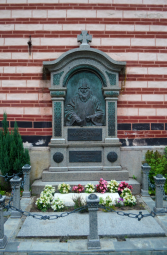 I only spent a few hours in Bulgaria’s second-largest city, but it’s definitely on my to-return list for a longer trip. Plovdiv one of the oldest cities in Europe, and its old town is filled with unfathomably ancient city walls, houses, monuments, and cobbled streets. Sometimes these elements collide, like in the photo below where a 19th century house sits atop a 12th century city wall. 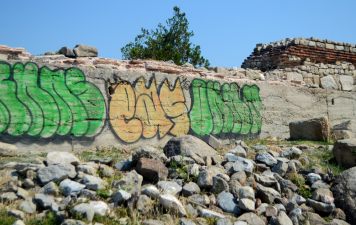 Crafts lovers will adore Plovdiv. The city’s oldest industry is craftsmanship and it still employs thousands of people to make textiles, musical instruments, and other goods. Many of these things, along with traditional costumes and pottery, are on display in the town’s great ethnographic museum. You certainly can’t escape the past in Plovdiv, but you can admire it, learn about it, and take it home as a souvenir. 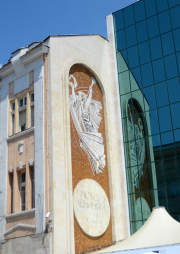 My favorite part about Plovdiv, though, was the art. The city is gearing up to be a European Capital of Culture in 2019, so the already art-heavy town is developing its art and culture attractions even more and now has dozens of art galleries and museums–most of which I didn’t have time to see. I did pop into the Red Pony Gallery, which is a house crowded with Bulgarian paintings collected by Atanas Krastev, the former mayor of Plovdiv. He was nicknamed Nacho Kulturata (“The Culture Nacho”) who worked to restore many of the ancient monuments and cultural exhibitions that are integral to Plovdiv’s history and appeal.

While you’re likely to find lots of backpackers and budget travelers using Sofia as a hub to visit these first three places, Koprivshtitsa is a small town that most tourists will never visit. Arriving there is like stepping back in time, where folk traditions and culture are still booming.

Historically, Koprivshtitsa is famous as the location of the first gunshot that started the April Uprising against Ottoman rule in 1876. Culturally, however, you can explore typical Bulgarian costumes and embroidery, weapons, and agricultural/animal husbandry equipment. 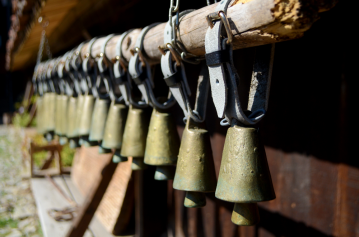 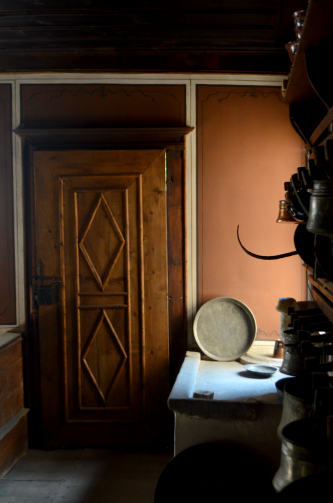 The town is filled with 19th century family homes that have been converted into mini ethnographic museums that honor families who’ve lived in the area for hundreds of years. Walking into these well-preserved homes makes the town’s history and people come alive. You can also see churches and the first elementary school in Bulgaria as you wander its hilly cobbled streets. If you really want to see authentic culture, this is the place to do it.

For lots of Europeans, Bulgaria is simply a party haven, with thousands of tourists descending on Sunny Beach to spend long days soaking up as much sunshine and hard liquor as possible. If you’re looking for a weekend escape, however, I’d recommend enjoying the Black Sea coastline in the northeastern town of Varna.

Varna is small, has a great pedestrian area along the Sea Garden, and the tourism leans more towards Bulgarian and other Eastern European families rather than British and German partiers. I spent three days there to unwind and relax and it was absolutely perfect.

Looking for more reasons to visit Eastern Europe? Read 10 Things You’ll Love About Sofia, Bulgaria or head north to Romania with my one-day guide to Bucharest.

Join 4,001 other followers
My Tweets