One of the biggest mistakes travelers make when visiting Bosnia & Herzegovina is only seeing Sarajevo. And as much as I absolutely adore the city itself, it’s also a great starting point for day trips that take you into the countryside. Come along with me as we explore two medieval towns: Travnik and Jajce.

If you have a car, feel free to explore these places on your own. I opted instead to take a tour with Meet Bosnia, and my guide Adnan was a great addition to the day. Plus, there was only one other person with me, so it was flexible, personalized, and intimate.

While definitely the smaller of the two towns, Travnik has a lot of medieval charm dating back to its 13th century fortress. The city was also very important during the 15th century Ottoman rule as a hub of settlement, so you can still feel that influence in the infrastructure today as Travnik didn’t experience as much damage during the Bosnian War. 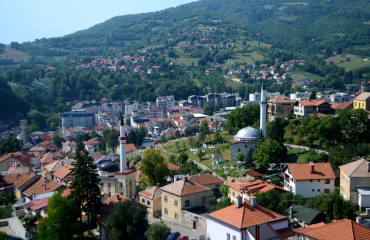 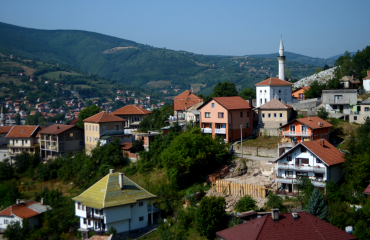 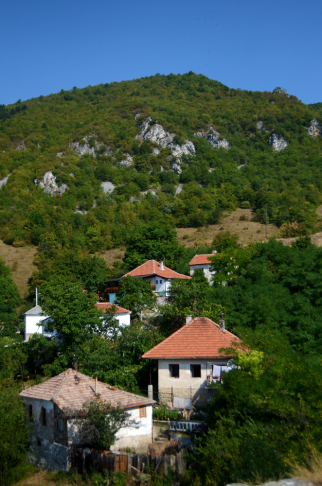 After checking out the source of the Plava Voda (Blue Water) river, you can stop for a delicious Bosnian coffee on the corner, which comes with lokum (like Turkish Delight) and a cigarette. I don’t even like coffee much and I thought this one was delicious with just a pinch of sugar. 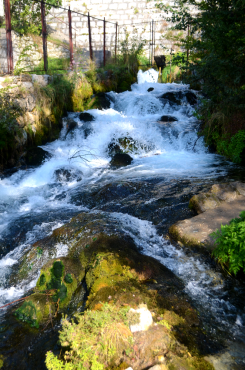 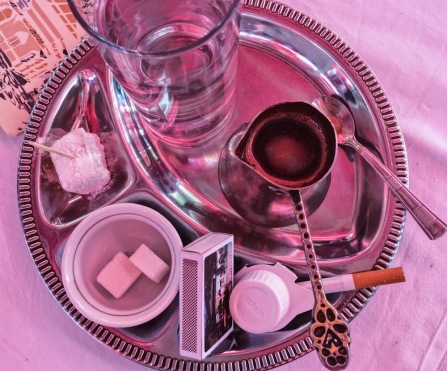 Next, you can head up to the famous Travnik fortress and catch views of the town below and the surrounding hills. Walk along the walls and enjoy the surprisingly well-preserved construction while looking out at the traditional Bosnian architecture. 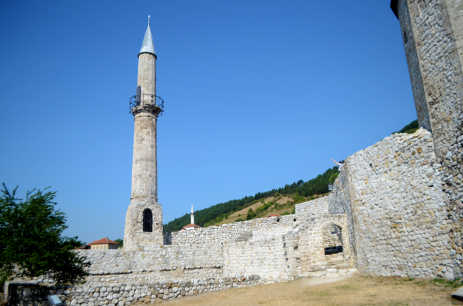 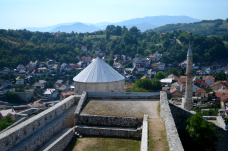 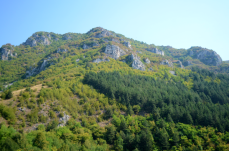 Jajce (pronounced yai-suh) is a 14th century city of history and charm known for its trademark 59 foot waterfall where the Pliva River flows into the Vrbas River. And this isn’t some little trickle: even when standing at the observation points around the base of the falls you’re guaranteed to get misted or even truly soaked. Luckily I was there on a hot day, so it was a welcome surprise. During the summer, hundreds of people voyage to Jajce to see competitors jump over the falls into the water below–a sight to be seen if you time it right! 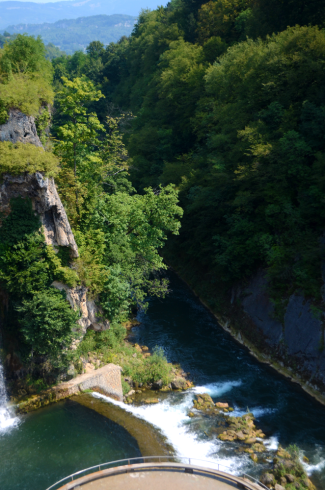 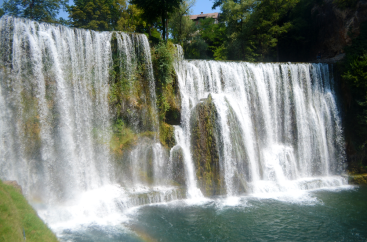 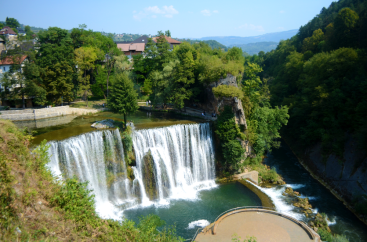 Another fortress, anyone? After enjoying the town’s natural wonderment, journey back in time (and up a steep incline) to check out the fortifications. To get there, you’ll explore Jajce’s Old Town. And it really is old–around every corner you’ll find ramparts, towers, bastions, and gates from roughly 600 years ago. 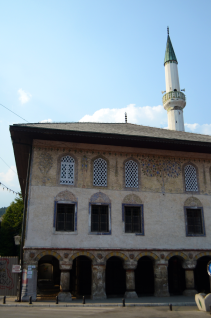 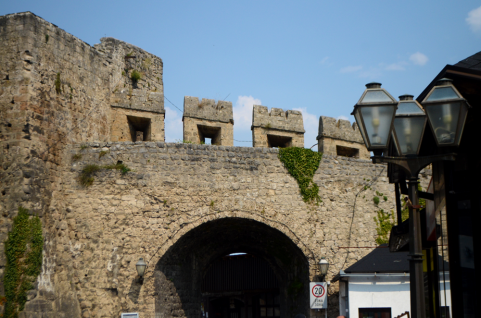 Looking from the fortress over the town’s panorama you can pick out details from the Roman, Byzantine, Ottoman, and Austro-Hungarian empires and observe how truly blended the town remains. The fortress itself is thought to originate as early as the 13th century, although some details indicate the 15th century. You can walk the ramparts and feel transported back to a nearly unfathomably distant time. On hot days you can escape the sun for a moment by entering the stone storage area in the center of the fortification. 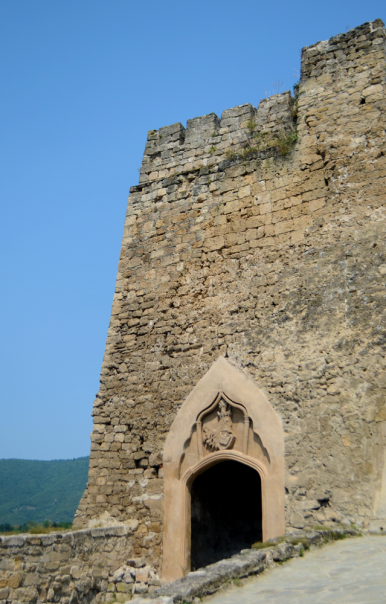 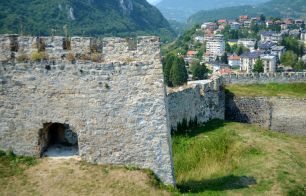 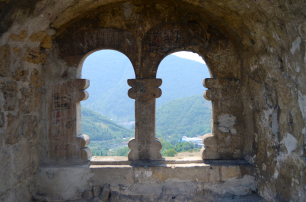 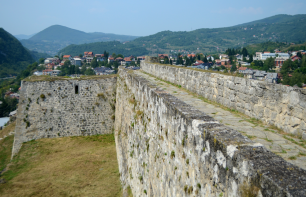 Wander back down the hill to the Catacombs, created under the order of the 14th/15th century Bosnian Duke Hrvatinić. They’re constructed in granite and were designed to be a residence for the ducal family. Allegedly Josip Brouz Tito used them in 1943 to live and work, although that may be more urban legend than verifiable fact. Today, they’re a welcome respite from the hot summer sun and a hidden gem to discover in town.

On your way back to the old town, you’ll pass the Church of St. Mary. Due to many previous fires, only the walls of the building remain, but it’s still worth appreciating. The last Bosnian king Stjepan Tomašević was crowned here in 1461, and the building has been used as both a church and a mosque throughout history. For such a small attraction, the Church of St. Mary packs a punch when it comes to old stories. 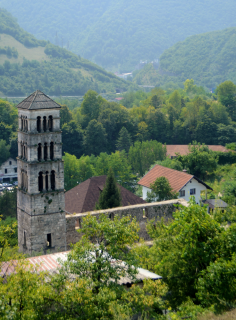 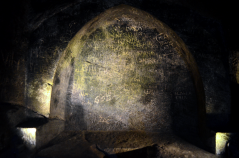 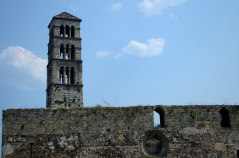 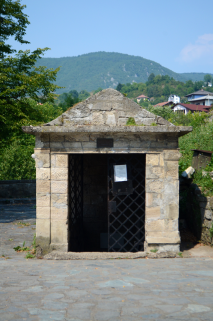 A short drive away from Jajce is Pliva Lakes, where Bosnian families come to picnic, swim, fish, and walk and tourists come to check out the medieval watermills. Harnessing the power of the Pliva River, Bosnians used to grind flour for bread in these very huts. One is still operational, while the others are just there for historical and cultural interest. 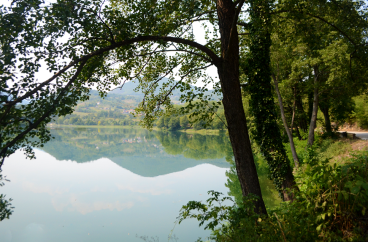 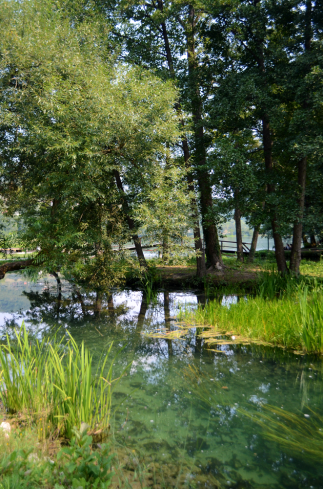 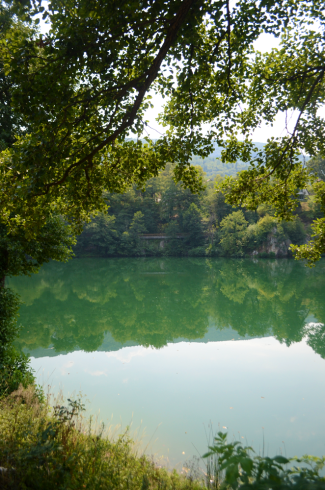 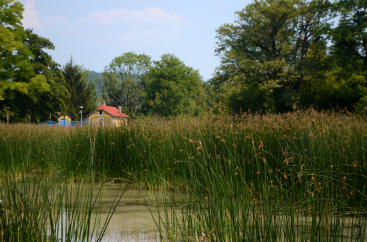 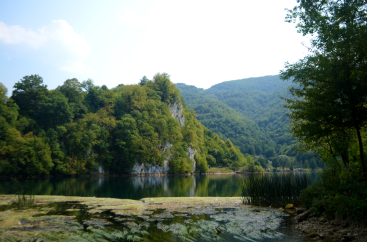 This little eco-village on the way back to Sarajevo is the perfect lunch stop. Gorgeous flowing water runs alongside a small restaurant where you can grab some food, watch the donkeys wander, or check out their fish farming techniques. It’s a tricky drive down a gravel path to get there, but the location itself is a peaceful end to a busy day. 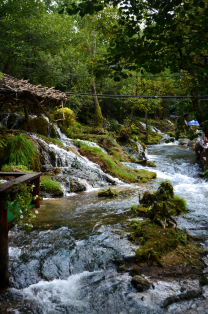 Whether you explore central Bosnia in your own vehicle or join in a tour, the region is not to be missed. From fascinating medieval infrastructure to gorgeous natural features, this country truly has it all.

Falling in love with Bosnia? So did I. Find my three-day Sarajevo itinerary here or read why the capital is (probably) my favorite city of all time.

4 thoughts on “Travel With Me: Travnik and Jajce, Bosnia”