Boston pro tip: the Museum of Fine Arts is free on Wednesdays after 4pm. And while I’m not a huge fan of art museums, I love getting a good deal–and free is a very good price.

My sister and I aimed to be at the MFA right when the discount began, but life happens and by the time we arrived it was 5pm. We went inside and established a game plan. She lives there and always gets free admission through her college, so we prioritized my “must-dos”–mainly modern art and photography–and started wandering through the building.

To get anywhere in the MFA you have to walk through a gorgeous rotunda, which begins the pattern of the building itself being a work of art. 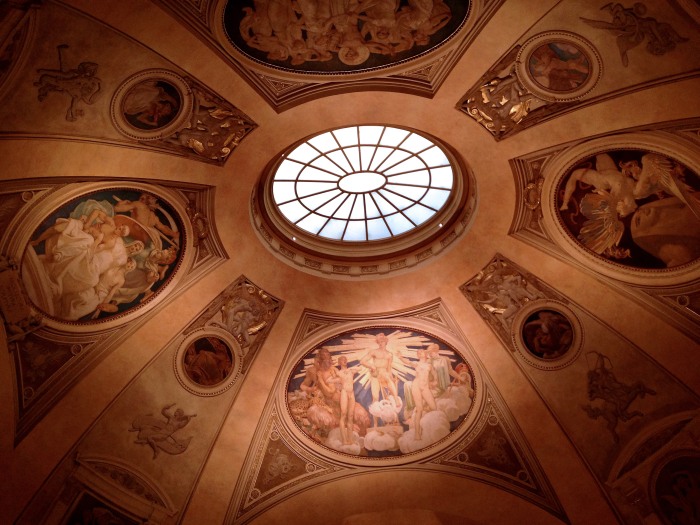 We passed through mini-exhibits of old jewelry and musical instruments (some of which didn’t look anything like their current forms), which I really enjoyed. I love when art is both functional and beautifully made, so those artifacts were a great start to our visit.

Next was modern art. Like we saw in the rotunda, the common space had just as much artistic detail as the exhibit areas.

This hallway is designed as a sunroom, and I loved how the late afternoon light bounced off the bright colors on the walls and hanging pieces to make the scene look like a fantasy world.

The exhibits had some interesting pieces too: x-rays, neon words, and my favorite–a remake of Picasso’s Guernica that shows the mistreatment of Native Americans in the United States. 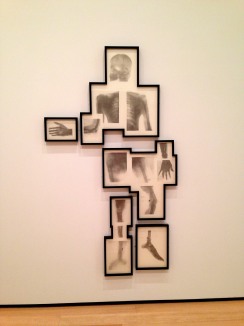 From Guernica To Wounded Knee

Afterwards, we went to an exhibit containing World War I propaganda posters from each of the involved countries. Some were comical, some were serious, and some were intimidating. They were incredibly reflective of each country’s culture, and comparing the messages in the posters showed a lot about each place’s perspective on the war efforts. 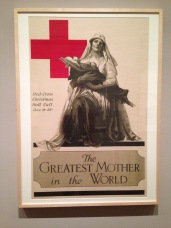 Pretty sure this is England

We passed back through the rotunda and into a huge area containing the museum’s cafe, a live music area with a band playing, a group of people drawing a model in front of them, and an amazing glass sculpture. 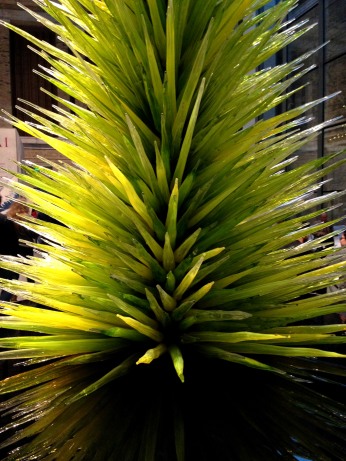 At around 7:30 we started getting tired and hungry, so we headed to the North End for Italian food (what’s a trip to Boston without a huge pasta dinner?). Because Google Maps loves to give the shortest route rather than the most intuitive, we spent a while wandering through dark back alleys of Boston. It was a tad eerie–frankly, I would’ve felt uncomfortable if I’d been alone–but walking the narrow, jagged streets between old brick buildings felt much more authentic than passing hundreds of tourists on the main drag.

We eventually ended up at Maurizio’s, and I was thoroughly satisfied with my linguine with calamari in a red lobster sauce. And, of course, we had to stop for cannoli afterwards at Mike’s, a local institution. The choices range from standard cannoli to ones with pistachio, Oreo, or limoncello fillings, along with other pastries (I was eying the German chocolate brownie, but went with the chocolate dipped cannoli in the end). 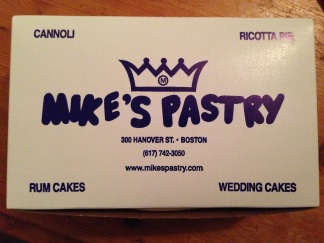 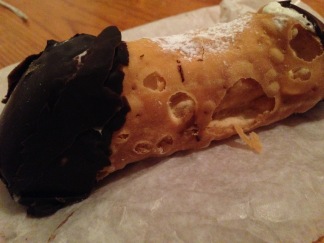 At the end of the night, I was absolutely exhausted, but visiting the MFA and going to the North End was definitely the highlight of my trip to Boston.

Sheena from Not a Punk Rocker gets a shoutout for correctly guessing which of yesterday’s Instagram photos was a clue for today’s topic. Go visit her awesome blog and leave her some love!