I have a lot of day-to-day expectations. Some are basic, like having adequate food and water and a place to sleep. Others are higher-level, like that I can communicate with people around me and they will understand and respect me. I rarely consciously think about these day-to-day expectations, and that’s because they stem from various forms of privilege.

I benefit from white privilege, heterosexual privilege, ability privilege, and socioeconomic privilege, just to name a few. Because of these privileges, I make subconscious assumptions about how others will treat me on a day-to-day basis. For example:

I assume I will be served in my native language.

English is my first language, and I speak a very standard American English dialect (thanks, Pacific Northwest upbringing). Because of this, I never have to be concerned that I won’t be able to fully communicate with a cashier, a waiter, or a government official. I don’t have to worry that my accent will make me seem less credible in a job interview. How I speak likely wouldn’t provoke someone to try to take advantage of me. All of my schooling has been done in my native language, surrounded by peers who also speak and understand that language.

When I went to Spain a few years ago for an immersion homestay program, I distinctly remember visiting a shop in town, where I took an item to the cashier to pay. I greeted her and subsequently asked a basic question in Spanish, and she responded in English. While I admit that I speak Spanish in a way that reveals that I’m not a native speaker, and that her intention was probably to make me more comfortable by indicating that we could speak English instead, I was offended by her assumption that I couldn’t speak the language.

I then realized how non-native English speakers in the United States must feel offended when someone modifies his/her speech (slowing down, using smaller words, responding in another language, etc.) in response to hearing accented English. The fact that I can effortlessly interact with those around me without worrying about my language abilities is a privilege I definitely take for granted.

I assume that, when I enter a store, I won’t be closely monitored.

In learning about white privilege, I read that employees are likely to watch or follow people of color around stores because of a subconscious–or conscious–assumption that they are thieves. I always kind of passed this off as people exaggerating or being 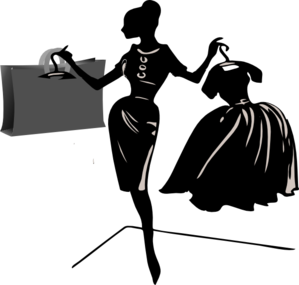 sensitive to an uncommon phenomenon until my friend’s then-boyfriend, Jay, came to visit her at college. It was near Halloween, and we wanted to go to Spencer’s, a store that sells outrageous novelty gifts and costumes. We’ve been to this same store before and I never felt uncomfortable, but this time Jay (who is black) was with us.

We entered Spencer’s, and instantly I felt the eyes of both cashiers fix upon us as Jay tried on hats and joked about the wild merchandise. We were being watched, followed, monitored. All because of the color of Jay’s skin. I was uncomfortable, and I was angry. I could just as easily steal something as he could, but the employees looked at me with far less suspicion simply because my outward appearance communicates Starbucks patron while his communicates thief. While I’m grateful that my whiteness saves me from being closely followed in stores, it’s unfair that others can’t expect that same privilege.

I assume that I can navigate anywhere with relative ease. 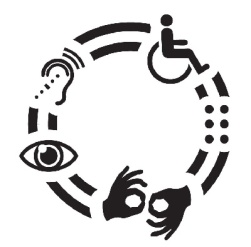 Two stairs leading up to a door? Not a big deal for someone without a physical disability. For a person with a disability, though, that could mean taking a completely roundabout route to get to a ramp behind the building.

Boarding a plane? It’s tight, but it’s not awful. But imagine if you used a wheelchair.

Even something as simple as eating at the dining hall could be difficult if you had some sort of barrier. There is a blind student on campus who has an employee walk around with him, read him the food options, help him get the food on his plate, and escort him to an empty table. He can never have full independence because he will always have to rely on someone to help him “see” his surroundings. Navigating the world is a lot harder for him than it is for me, simply because he has a disability.

These expectations are seemingly basic, but for those who don’t have the same privileges (language, race, ability), they are more conscious concerns. Like the definition says, these are rights, advantages, and immunities that are special. Yet they shouldn’t be–they should be standard. By discussing privilege, we can begin to be self-aware of our own benefits and expand these immunities to more groups of people to promote a fairer, more tolerant society.

This post is part of the Weekly Writing Challenge: Great Expectations.