I like to think that some day I’ll write a book. I have no idea what that book would be, but seeing my name in a bookstore would be absolutely amazing.

In the meantime, I get to admire my blog friend Beth Teliho whose same dream of releasing a novel is coming true next month.

If you don’t already know her, Beth is the brilliant mind behind Writer B is Me. Sometimes she writes seriously and beautifully, while other times her witty quips are spot-on. Either way, I always look forward to getting an email about a new post on her blog. 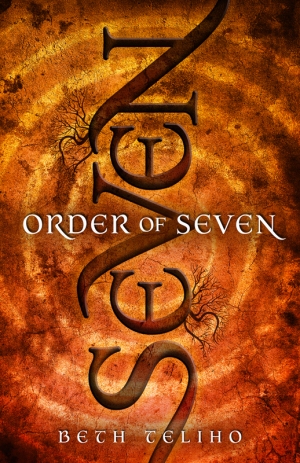 And now she’s released a YA novel called Order of Seven, which is a compelling mixture of profound life-truths and whimsical fantasy:

“Eighteen-year-old Devi Bennett is surrounded by mysteries: her unknown heritage, a recurring dream about an African tribal ceremony, an inexplicable attachment to a certain tree and a psychic ability she’ll never understand—unless she finds her biological parents.

Things take a shocking turn when she meets Baron, an intense and alluring energy healer who receives prophetic dreams which all seem connected to her. Devi must rely on an empath, a seer, and Baron to help research her roots to discover who she is and what she is capable of. But when Baron’s visions lead to an ancient legend which may link to her birthright, Devi learns her gift is more imperative than she thought imaginable.

Equal parts suspenseful and sexy, philosophical and adventurous, Order of Seven delivers a story that will leave you questioning everything you thought you knew about the hands that carry fate.”

15 thoughts on “Order of Seven”