One of the best things about college is that it brings together people from different areas. While some institutions are more diverse, either in geographic or ethnic representation, each school is a melting pot to some degree.

Students learn about each other’s cultures’ traditions, dialects, and slang terms. And sometimes they’re critical or subtly xenophobic about those differences.

I’ve seen people go wide-eyed when I’ve never heard of mischief night or haven’t been to Carvel. They think it’s weird that I don’t automatically support an NFL, NHL, or MLB team simply based on where I live. I spent the first few months of a friendship confused at my friend’s constant usage of “deadass” and “OD.” I get teased for apparently saying “Halloween” wrong.

And this. What do you call this? 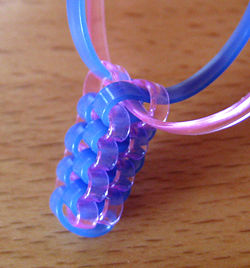 I’ve always known it as gimp (although I’ve now been told that “gimp” is an offensive ableist term, so I’m not sure how to feel about that). Matt calls it boondoggle. Amanda calls it lanyard, which seems to be the NYC/Westchester/Northern New Jersey term for it.

Um…excuse me? THIS is a lanyard: 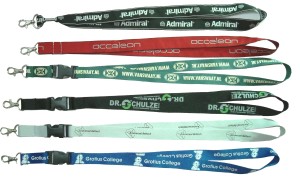 The gimp/boondoggle/lanyard debate shows I’m not immune to being “xenophobic,” despite living much farther away than nearly everyone else here.

And even though I think a lot of their slang is silly, I’ve started to acquire a few Northeastern/Mid-Atlantic speaking habits, meaning that my friends from home tease me about my “accent” too.

I guess what goes around comes around.